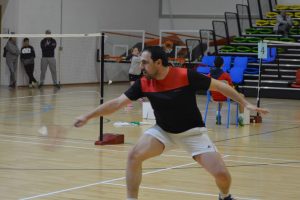 It was an exciting day at the National School of Sports in Pembroke with many exciting matches and thriller rallies! In the mens’ singles 1st seed Matthew Abela managed to proceed to the semi-finals and will be playing Nigel Degaetano next Saturday in the Semi-Finals. He has beaten Matthew Galea in the first round and Stephen Ferrante in the second.

In the second semi-final we will see 8 times Men’s Singles Champion Stefan Salomone being faced by the young Mark Abela who managed to eliminate the fourth seed Kenneth Vella and then beat Rodney Abela  to make it to the semi-final. Stefan  had a difficult task to reach the semis, first challenged by Owen Grech where he managed to win 21-11, and then played for almost an hour against Sam Cassar and he qualified for the semifinals after winning with the 3rd game 21-23, 21-18, 23-21.

Watch Stefan Salomone vs Owen Grech in first round

No Surprises in Women Singles 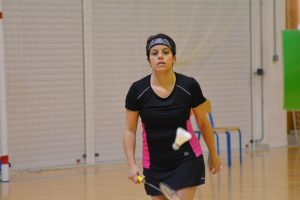 In the women singles we will be having the first 4 seeds in the semi-finals as on the first day we had no upsets for the top seeds.In the first semi-final Fiorella Marie Sadowski will face third seed Tiziana Mifsud after beating young Francesca Clark 21-6, 21-3 and Tiziana Mifsud overcoming Ann Marie Bezzina 21-9, 21-19. In the second semi final we will assist to a rematch of the Junior Nationals Final between Michaela Ellul and Yanika Polidano. The action of the Women’s Singles continues next Saturday in the Semi Finals.

Young couple Mark Abela/Sam Cassar manage to proceed to the semi-finals after beating Matthew Abela/Owen Grech 21-14, 21-18 and will be now facing last year champions Samuel Calì/Stefan Salomone next Saturday. Martin Farrugia/Matthew Galea will be challenging last year’s runners-up Nigel Degaetano/Stephen Ferrante for a place in the final. These two matches are scheduled on Saturday 12:30pm.

Former Champions team up to reach the Semi-Finals 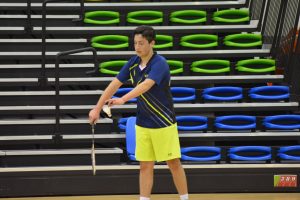 Ex-Champions Jo’Anne Cassar/Jacqueline Abela Degiovanni reached the Semi-finals after beating 2nd seeds Klara O’Berg/Tiziana Mifsud and will be now facing young couple Eleanor Abela/Francesca Clark, who won against Ann Marie Bezzina/Sandra Spiteri in two games. In the other semi-final we will see first seeds Yanika Polidano/Fiorella Sadowski face mother and daughter Carmen and Rebecca Spiteri who have beaten Michaela Ellul/Michela Gatt in a close 21-19, 21-15 match. Yanika Polidano and Fiorella Sadowski had not issues winning against young sisters Alisha and Sarah Gauci Azzopardi who surely have gained a lot of experience playing the National Championships.

In the morning tomorrow we will be having the consolation round of all categories where those who did not manage to reach the finals will have the opportunity to gain more experience in these matches. In the afternoon we will then host the very popular Mixed Doubles Competitions with 8 matches open for any result. The first round of the Mixed Doubles will start at 2pm. 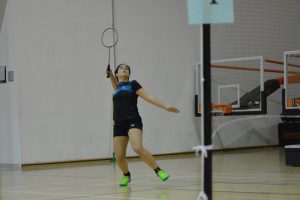