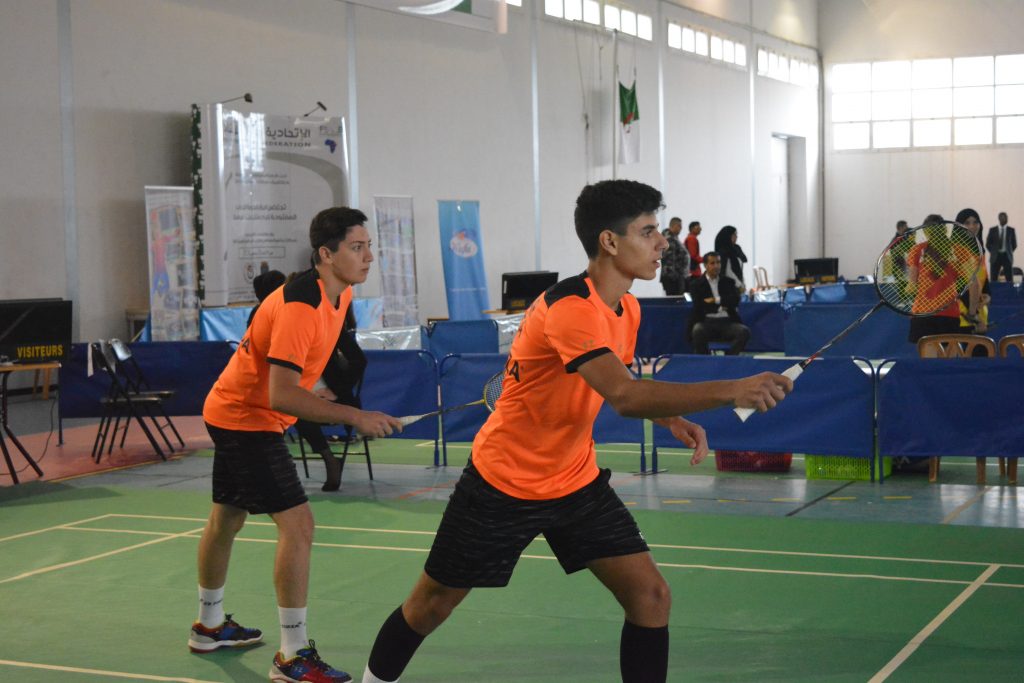 Sam Cassar and Mark Abela had an outstanding run at the Algeria Junior International, a BWF sanctioned tournament on theU19 circuit, by winning a silver medal in the Men’s Doubles event, only losing the final against the strong Egyptian pair Riad/Kamel, 21-18 & 23-21 in an exciting and close match.
In the mixed doubles event, Abela paired with Czech player Veronika Dobiasova, made it to the semi-final, after playing a very tense quarter final which they won, 12-21, 21-18, 23-21 only losing to the eventual winners of the event, the Algerian pair Larbaoui/Mazri 21-18, 21-17. This also landed a bronze medal for Mark & Veronika.
In the Men’s Singles event, Cassar also made it to quarterfinals, by beating Adberahhim(Algeria) 21-18, 21-16 bagging some more precious ranking points, whilst Abela lost his first match against Algerian Khaldi 21-13, 21-16.

More encouraging results were also obtained 2 weeks before the Algerian Tournament, held in Egypt, namely Egypt International (Senior Event) and Egypt Junior International (U19 Event) where Matthew Abela, Mark Abela and Sam Cassar represented Malta in both of these tournaments.

In the Egypt International (Senior Elite event), Sam Cassar collected some precious points and has set a record of making it to the 3rd round in the Men’s Singles event, whilst the Matthew and Mark Abela had a tough 1st round and were eliminated, against Gergo Pytel(Hungary) 21-15, 21-9 against whom he had a good run and Bassam Tahseen Abdelrahim(Egypt) 21-10, 21-7 respectively. In the men’s doubles event the Abela & Cassar pair lost their first-round match against Egyptian pair Botros/Mamdouh, 21-17, 21-14.

In the Egypt Junior International Mark & Sam both won their qualification matches and both made it through to the main draw. Sam went further and also won his 1st match in the main draw as well as Matthew Abela, whilst Mark got eliminated. The 2nd round was a tough call for Sam who played the No1 seed Kamel and lost 21-14, 21-13, however Matthew proceeded and won this round, reaching the quarterfinal stage. He eventually lost the match against Malaysian, Sean Sze Jing Ng 21-8, 21-15.
In the Men’s doubles event, Cassar and Abela lost in the quarter final stage against Fouad/Kamel, 21-14, 21-13.
All three tournaments were sanctioned by the Badminton Confederation of Africa and Badminton World Federation.

Cassar and Abela have commenced their chase to collect ranking points, with the hope to obtain qualification for the 2018 Youth Olympic Games, to be held in Buenos Aires, in Argentina, thanks to the Olympic Solidarity Program, offered through the Maltese Olympic Committee.

Accompanying coach, Edmond Abela said: “I was overall satisfied and encouraged with the performance and results acquired, taking into consideration the young age of our players, especially Mark and Sam who are just 16 years old. They competed against opponents who were nearly always much older than they are”.

Badminton Malta expressed its satisfaction at these results and the hard work being done by the technical staff.