A collective success in Italy brings 8 medals to Malta

11 players together with their coaches returned from Italy after attending a double appointment to start 2019 on a positive note when they first attended a Training Camp in Mals, and then continued their experience in a Tournament in Chiari, where they managed to win 8 medals. This is a Gran Prix Tournament which is part of the Italian Badminton Circuit and is the first of its type for 2019. 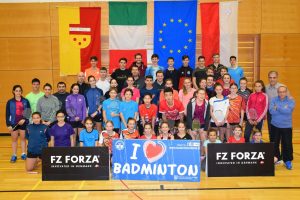 The tournament was hosted by GS Chiari, in Chiari itself, a town in Province of Brescia, north Italy, approximately 1 hr away from Bergamo at Palasport Geodedico & Palasport Einaudi. The tournament had multiple categories, with Juniors U13-U19 in all events Men’s & Women’s Singles & Doubles as well as Mixed Doubles. An open category was also held as well as two Senior categories 35+ and 50+. The tournament was held over 2 days, Saturday 5th January & Sunday 6th January.

11 players from the Badminton Malta Academy were accompanied by two Academy Coaches Patrick Cassar & Rodney Abela. This participation was made possible with the assistance of Sportmalta who are cooperating with Badminton in the running of the Academy and with the assistance of their schemes to financially help coaches & players travel to these events.

Following the engagement of its Technical Consultant Fabio Morino and collaboration with the Italian Badminton Federation, Badminton Malta’s plan for this trip was to give experience to its young players together with more experienced players to continue preparing itself for the 2020 Badminton Small Nations Games. 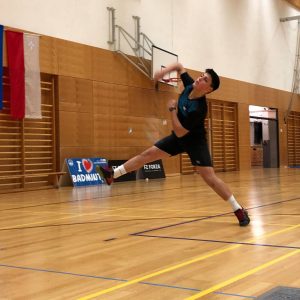 In a very highly competitive senior category Fiorella Marie Sadowski managed to win one match against Amanda Bandiola and then lost in the second round against tournament finalist Judith Mair who managed to make it to final and only lose to the current Italian Women’s Singles Champion Katharina Fink. Yanika Polidano together with Kevin Strobl managed to make it to the Quarter Finals of the Mixed Doubles after eliminating number 1 seeds Matteo Massetti and Judith Mair.

It was a very successful training and tournament for the Badminton Malta Academy players in an event where they gained experience, won medals, fought for every point on the court, and bonded as one group to continue working together to achieve more together.

This trip was only possible with the help of many people especially with the continuous support of Sportmalta. Badminton Malta would like to thank all the people who made this successful event possible 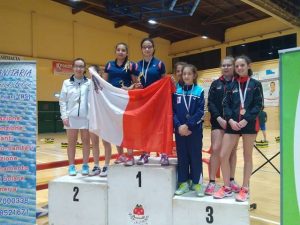 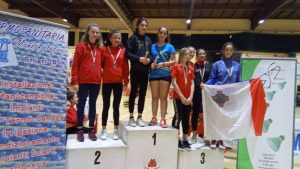 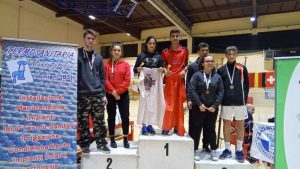 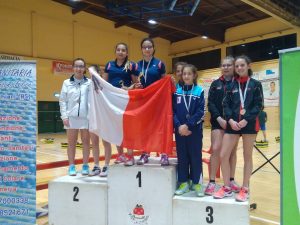 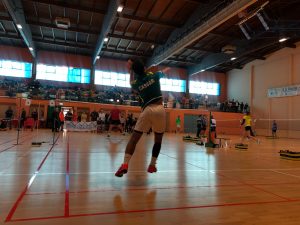