YOUNGER GENERATION IN THE LIMELIGHT 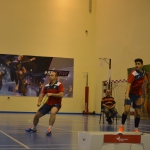 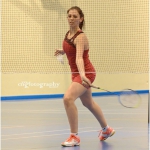 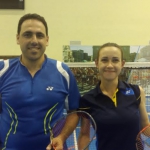 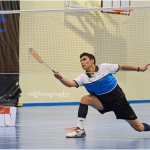 A bright future for the younger generation of badminton players

The Younger generation of badminton players were in the limelight of this year’s Badminton National Championships, held recently at Kirkop Sports Complex, where three teenagers played four out of five finals and carried away 3 of the 5 titles available.

A determined 17-year old Matthew Abela, managed to put an end to the older generation’s dominion, by having the better of Stefan Salomone, defending 8 times National champion, hence becoming the youngest male to ever clinch a National Title in the Men’s Singles event.  Matthew kicked off on a steady start, keeping pace with Stefan, but as he moved on in the first set, he stepped up his pace taking a clear lead and thus taking home the first set at 21-15.  The second set predicted a different approach by Stefan, who took an early lead up to interval of 11-3.  Nonetheless, the break, cleared Matthew’s mind.  He returned to court determined to close the gap, bringing the score to a close 20-18, this meant two set points for Stefan.  This did not seem to put any pressure on young Matthew, who turned this crucial moment into a golden opportunity for him to grasp his first National Title, which he did by scoring 4 consecutive points, concluding the second set and match at 22-20.  Winning this title also confirms he is the No.1 ranked player for this season.

Fiorella M Sadowski confirmed her supremacy, when winning her fifth consecutive Women’s Singles title, having the better of upcoming 15-year old Sarah Fava.  Fiorella took good control of the first set, taking a steady lead through and wrapped it up at 21-10.  In the second Sarah seemed to have other intentions and was not ready to give up so easily on this match. She kept pace with her opponent and at the end managed to take home the second set 21-18.  This meant that all would be decided in the third set.  Fiorella started off strongly taking a 6 point lead up to interval, changing ends at 11-5.  The break help Sarah regain focus and with determination she managed to narrow the gap binging the score to 11-9.  Even though it seemed Sarah was back on track, experience now kicked in; Fiorella realised it was time to step up her game and push to the limit.  This she did with confidence and consistency, thus confirming her supremacy at such a delicate point.  The final score of the third set was of 21-13.  Fiorella showed consistency throughout this season and her No.1 spot is much deservedly guaranteed.

Next was the Women’s Doubles, where club mates Sarah Fava/Dominque Francica faced Catherine & Cheryl Dimech on this year’s final. This was also a close tie, where 14-year old Sarah Fava and her partner, Dominique Francica took home the championship title 21-13, 21-18.  This was Sarah’s first National title, however it is Dominique’s second, her first title was won back in 2012, together with her sister Catriona.

The conclusive final was a family affair where brothers Stefan and Robert Salomone challenged each other for this last chance to grab a title.  They were partnered by Klara O’Berg and Tiziana Mifsud respectively.  Both couples had a very cautious start and kept pace with each other through a good part of the first set, until Robert and Tiziana were pushed to make a series of unforced errors resulting in Stefan & Klara securing the first set.  The second set was played on the same pace, with the difference that Stefan and Klara took an early 8-point lead, keeping consistent throughout the whole set, ensuring the lay their hands on this year’s Mixed Doubles title by winning this second set 21-14.  This is a first title for Klara, whilst Stefan pocketed his sixth Mixed doubles title.

Badminton Malta expressed its satisfaction at the fact that the new generation of badminton players are obtaining excellent results even though they are still young.  These results have not only been achieved on a National level, but also on and International level.  This success comes from the continuous work being done by the coaches, administrators, parents and most of all the players themselves.