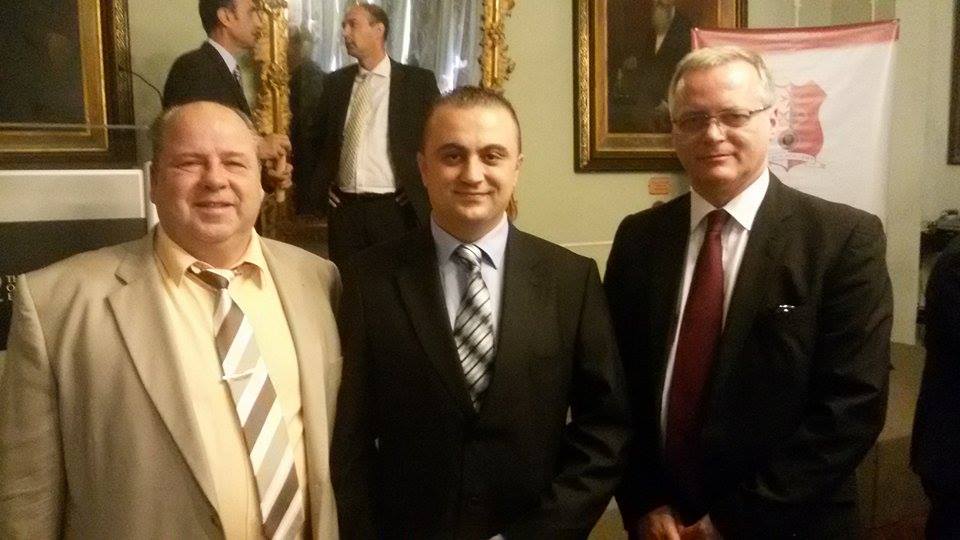 Dr. Csaba Sos, on the left (ex swimmer) and Dr Tibor Kozsla, on the right, came all the way from Hungary to present the certificates 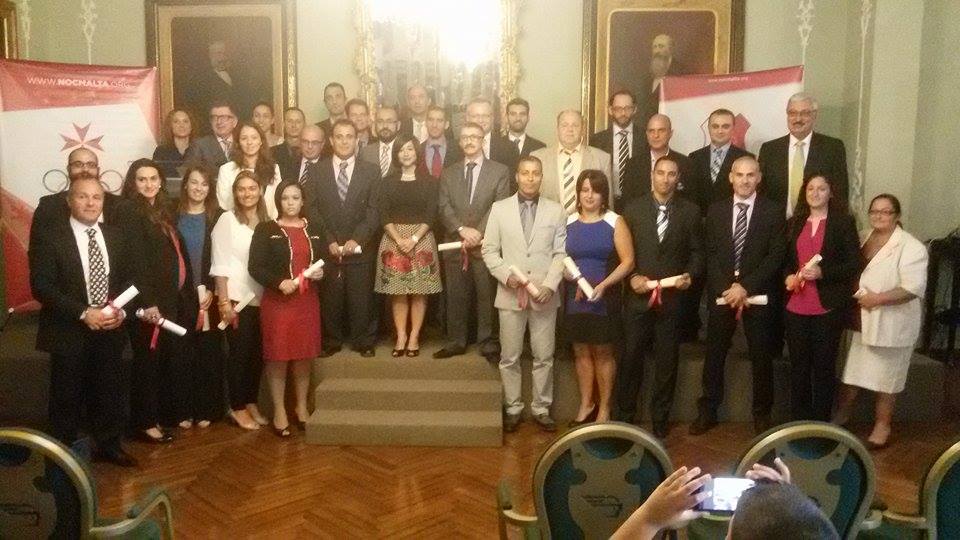 Today was a special day for one of our National Junior Academy coaches, George Camilleri.

George, born in Victoria, Gozo, on the 4th November 1975, took up coaching with his club, Shuttles BC in 2010.  This led him to participate in the renowned Badminton Europe Summer School, in 2011, in Madrid, where he qualified in Badminton Europe Coaching Level 1.

Upon his return, his success, interest and capabilities led him to be one of the first coaches in the National Junior Academy, together with Edmond Abela and Norman Spiteri.

George has been coaching the younger players since 2011 and last year has been appointed as an Assistant Coach to Edmond Abela in the boys squad, preparing for the ISF(International School Sport Federation) World Badminton Championships, to be held in Malta next March.

To complete his assignment, George had to select 3 players he trains, who had to be at least 16 years old, and describe how he was using the knowledge gained in their training program.

He compiled a chapter on each of the topics in the whole course (all 3 levels), and how he applied the course material to his coaching.

WELL DONE GEORGE!!! YOU ARE AN INSPIRATION TO US ALL!!!